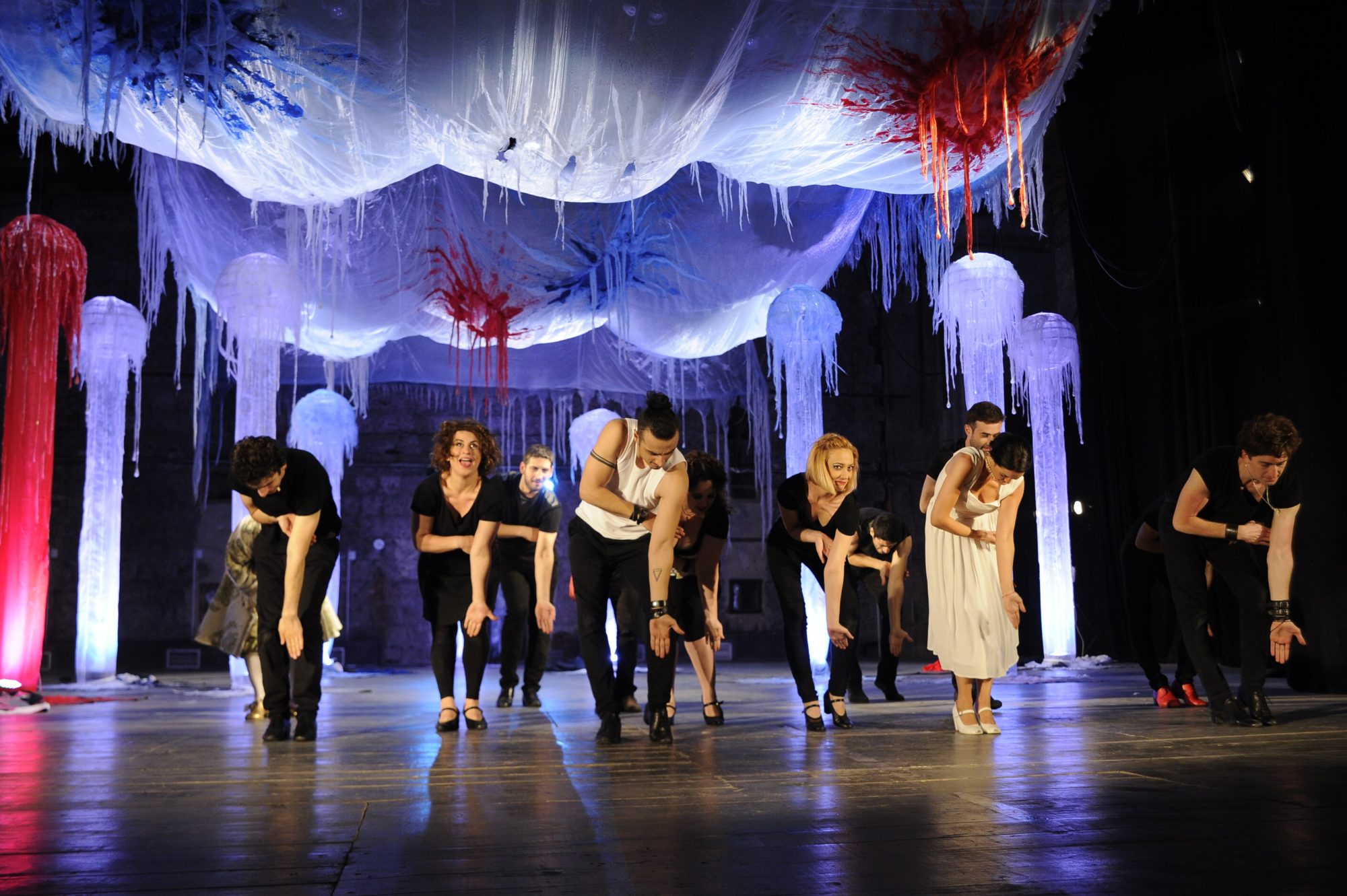 In 2016 the world commemorated 400 years since the death of William Shakespeare. This special anniversary year was a truly unique opportunity to produce a play by the world’s greatest playwright: his famous comedy Much Ado about Nothing. The director Dimitri Khvtisiashvili has chosen not to change the text of the play, but has given the performance a totally contemporary dimension and meaning. The production has an eclectic, colourful scenography and modern musical choices. The play is set nowadays, also to better involve young audiences, and has an innovative approach. The play includes Iago’s monologue from Shakespeare’s Othello and draws from A Cry of Players by William Gibson. The young actors introduce new funny and entertaining moments, but at the same time maintain Shakespeare’s wisdom and the spirit of the play.