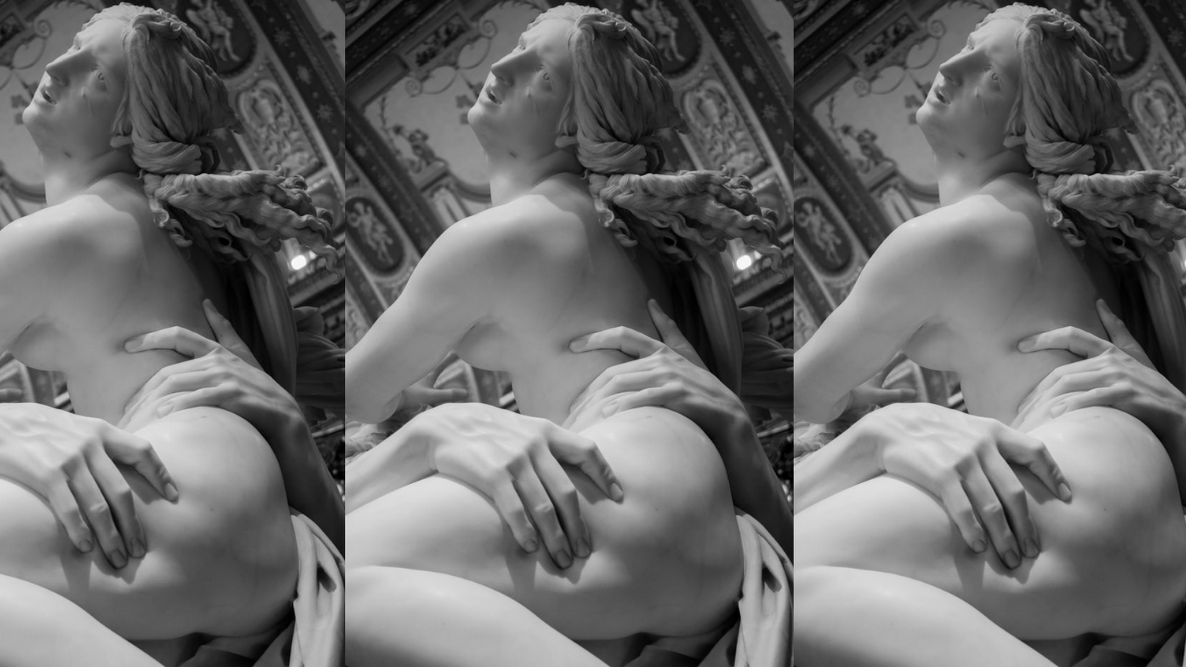 The Rape of Lucrece

Actress Elena Pellone will offer a dramatic performance of Shakespeare’s moving and harrowing narrative poem, The Rape of Lucrece.

Rape of Lucrece is a theatrical adaptation of Shakespeare’s narrative poem by the actor Elena Pellone. The black box theatre will put on an old red velvet costume of a nineteenth-century music hall. By footlights and candlelight we interrogate the shadows cast by the myths that occupy our history, our unconscious, and continue to repeat themselves in disturbing ways. We cast a spell: looking into the mirror of the past we see ourselves in the unforgiving light of our future. The play is an indictment of rape culture, the relentless perpetuation of female adoration, misogyny and shame. It will give space to survivors’ stories. No-one wins in Shakespeare’s bleak look at possession, rape, perverted desire and the empty drive of capitalist longing.

Shakespeare’s narrative poem, The Rape of Lucrece, was first published on May 9, 1594 and was dedicated to Shakespeare’s patron, the Earl of Southampton.  This little epic or epyllion concerns the real historical, rape of the chaste Roman matron, Lucretia, by the King’s son, Sextus Tarquinius (Tarquin) around 509 BCE. The rape and Lucrece’s consequent suicide brought about the end of the monarchy in Rome and thereby inaugurated the Roman republic.

This story had been told many times, most prominently by the Roman historian, Livy in his History of Rome, by Ovid in his Fasti, and by Chaucer in The Legend of Good Women. While Shakespeare’s predecessors had rehearsed the Lucrece story as the foundational narrative of the Roman republic—usually told as a tragedy of state, a kind of fortunate fall, Shakespeare tells the story, instead, in a way that is only incidentally about republicanism and is much more centrally about the violation of a woman’s personhood as itself a foundational political issue rather than as a metaphor for a political event.  Shakespeare, however, endows Lucrece with a degree of personhood, with a full humanity that she does not achieve in his source material, and does so especially through her capacity to articulate— at length— her suffering and name the outrage committed on her person.

There is an alarming correspondence between the central issue the poem raises about how to speak out about sexual violence and the outing of modern day Tarquins by “Me too” and “Balance ton porc,” among others, which have allowed violated women to speak and to be heard.  In Lucrece, the rape itself is depicted as a moment of silencing:

Indeed, Lucrece’s struggle for language to communicate the rape occupies the great majority of the poem:

Sometimes her grief is dumb and hath no words;

Sometimes ’tis mad and too much talk affords.

Looking at the figure of Hecuba in a painting of the destruction of Troy, Lucrece swears the artist “did her wrong/To give her so much grief, and not a tongue” If, as Marshall McLuhan famously declared, “the medium is the message,” then the import of Shakespeare’s poem is made clear by the sheer number of lines (1035 of them) devoted to Lucrece’s reaction to the outrage committed upon her body in contrast to the 686 lines leading up to the rape and the 132 lines after she takes her own life. Of course, Shakespeare is limited by historical fact so his Lucrece cannot kill her attacker or survive her ordeal, but that Shakespeare’s Lucrece gets to tell her story and to do so at length is of crucial significance both literary and social since, as Dr. Barbara Ziv, forensic psychiatrist testified when she served as an  expert witness in the Harvey Weinstein case in January 2020: “I’m not sure I can think of one victim of sexual assault who did not feel humiliated, does not blame herself to some extent, and is not deeply ashamed about it,” she said. “That’s one reason why so many do not go to police, because when you do you lose control over your narrative and your whole life can take a tailspin”.