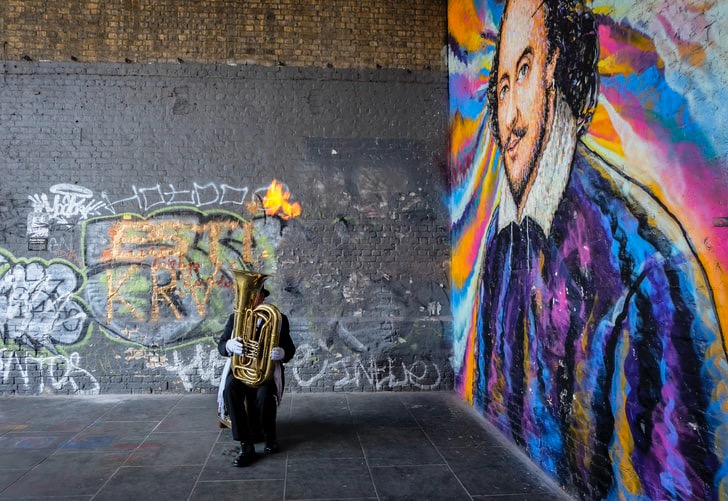 Fabio Mangolini (Rome, 1964) is a theatrical actor, director, author, pedagogue, and manager. Graduated in Philosophy from the University of Bologna with a specialization in Semiotics. He also graduated in 1987 from the Ecole Internationale de Mimodrame of Marcel Marceau in Paris. In 1986 he entered as Arlecchino into the international company “Les Scalzacani” directed by Carlo Boso in Paris. He specializes in the servant roles of the Commedia dell’Arte. After leaving the company in 1991, he continued to perform, direct and teach Commedia wherever in the world.
From 1992 to 1994 he was granted by the Japan Foundation Artist Fellowship Program and and by the International Theatre Institute and Ministry of Japanese Culture (Bunka-cho) to collaborate with the Kyogen’s Master Nomura Kosuke.

During his career as actor, Fabio worked with several director all over the world. He is currently a member of the “King Lear Global Projet” directed by the British world famous director Tim Supple. As a director, Fabio directed shows touching contemporary so as classic theatre, from Aristophanes to Shakespeare, from Goldoni to Koltès. As a manager, he has been President of an important Italian theatre so as of the Italian School of Opera. Finally, as a pedagogue, he taught in in important and prestigious dramatic art academies such as GITIS and the MKAT of Moscow, the Conservatoire of Brussels, the Académie of the National Dramatic Centre of Limoges, in important Universities in United States and South America, up to he was engaged as a professor of acting and directing from 2004-2009 at the Real Escuela Superior de Arte Dramático in Madrid. He directed the MFA Program on Physical Theatre of the Accademia dell’Arte-Mississippi University of Women from 2015 till 2018.

THE LAZZO OF THE FLY AND OTHER STORIES