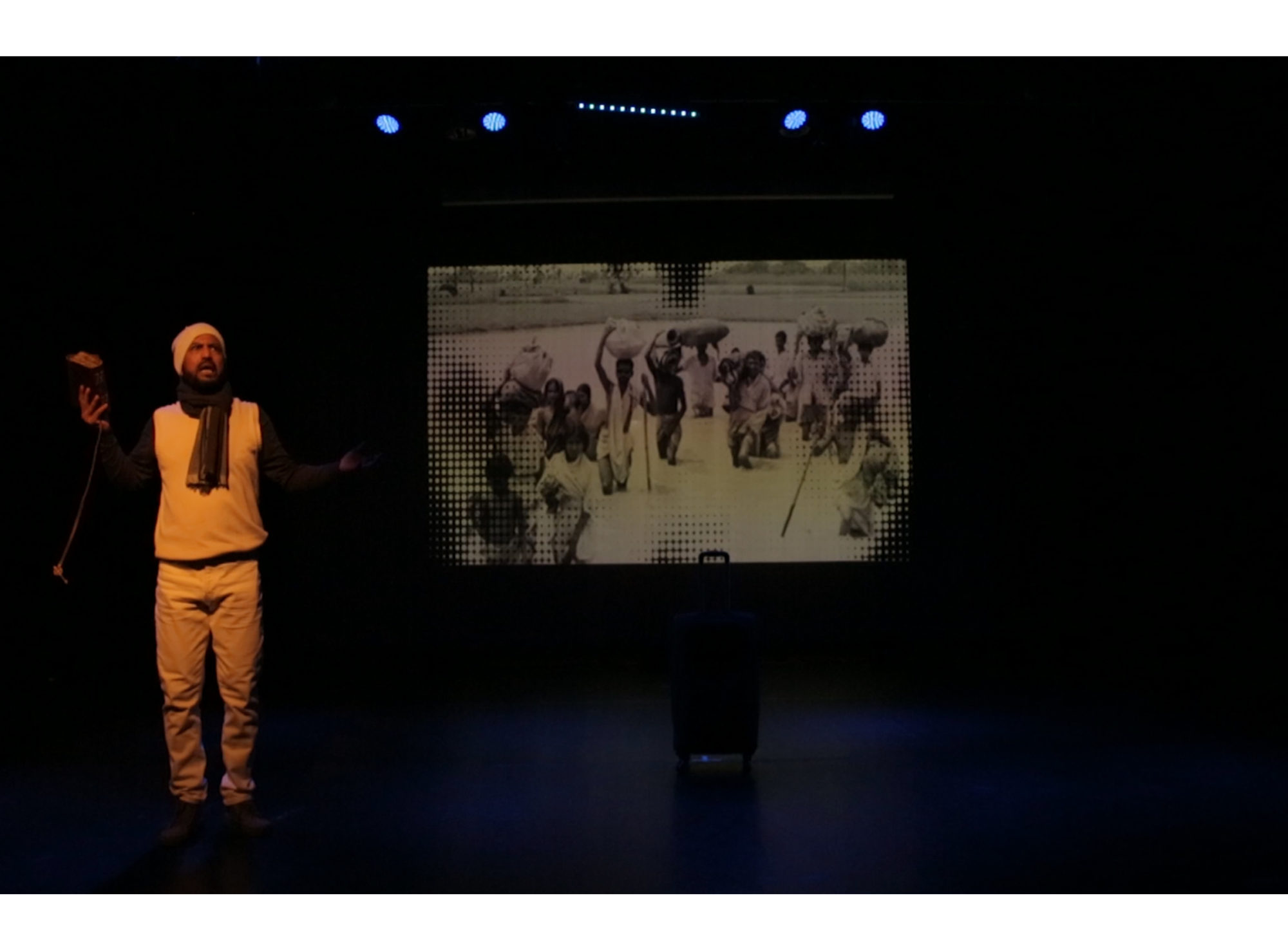 As a creative part of a practice-based PhD research, the play aims to examine the idea of “Global Shakespeare without his language” from a rhizomatic perspective to create an interdisciplinary theatrical reality. The solo performance employs digital images instead of the normative scenography of theatre. It envisions deconstructing Shakespeare through a minimalist language to search for an alternative idiom against the late capitalistic consumption principle. However, this play explores a ceaseless journey of a Bangladeshi-British middle-aged man named Piyar Ali, who seeks his selfhood in the context of the 1971 genocide in Bangladesh during its liberation war. The play intends to rediscover the history of pains and the existential angst that an individual faces in his very private sphere due to internal colonialism and genocide by examining the concept of the “empathetic journey” that Professor Michael Dobson determines to realise Shakespeare’s play, Pericles. Thus, the play Piyar Alir Bhanga Mukh has been inspired by Pericles as an archaeological source of a new creation. This performance as an endless “empathetic journey” blends South Asian story-telling techniques with the post-dramatic theatre aesthetics where a blurred world emerges at the cross-over between the physical and the digital worlds at the time of coup de grace.