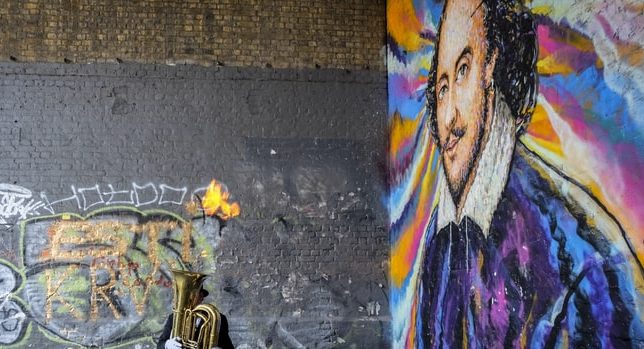 Blagoj Micevksi (Video, Costumes, Lights) is one of the most prolific Macedonian designers.  From 1990-2021, he realized over 100 costume and 15 stage designs for the Bitola National Theatre and numerous international companies, including the Slovenian National Theatre, Skopje Dance Theatre, Opera Bratislava, the Belgrade City Theatre, and the Lit Moon Theatre Company of Santa Barbara, California.  He has received numerous awards for his scenographic work, and also as a stage director in Bitola, and for the Royal Theatre in Cetinje, Montenegro, among others.

Mr. Micevksi is the former artistic director of the Bitola National Theatre, where he co-founded the Bitola Shakespeare Festival (2013) and spearheaded productions, appearances, and tours to the Globe to Globe Festival at Shakespeare’s Globe London (Henry VI, Part 3) in 2012, the International Festival at the National Theatre of China in Beijing (2014), and many others.  From 2010 to 2018 he oversaw 50 new productions, large and small, on Bitola’s three stages.  He is a graduate of the Fashion Design program at the University of Zagreb.